There is no denying that coffee is a very crucial part of the culture in New Orleans. After all, the city sees about 250,000 tonnes of coffee passing through its ports each year. From this passion for coffee, the residents of New Orleans have developed a need for increasingly high-quality coffee with a modern twist that they can pick up before work, after work, or whenever else they might need a delicious refreshment.

A wave of contemporary coffee shops has arisen throughout the city in the last few years as the answer to this call for better specialty coffee. Standing out among these cafes is Cherry Espresso Bar, which is owned and operated by Lauren Fink, who has since expanded into multiple locations and has even taken on the task of roasting her own coffee.

A Plan Powered By Passion

Although Cherry Espresso Bar is now a staple among the residents of New Orleans, it wasn’t so long ago that Fink wasn’t even living in New Orleans. Her early life had her developing a passion for coffee in Wisconsin and Oregon before deciding that she needed something different. Once she had made the decision to leave Portland, her true journey began. As Fink explains, “It was kind of just a magical thing… I was heading up to Nashville but never made it there.”

It was the beauty and independent spirit of this city that managed to make her stop her journey early and pick New Orleans as her new destination. She immediately continued her journey in coffee by opening up a small coffee stand in Stein’s deli but had her sights set on so much more. “I worked every day and saved everything up,” says Fink. “I got the small business loan and was able to find the space for Cherry Coffee.” 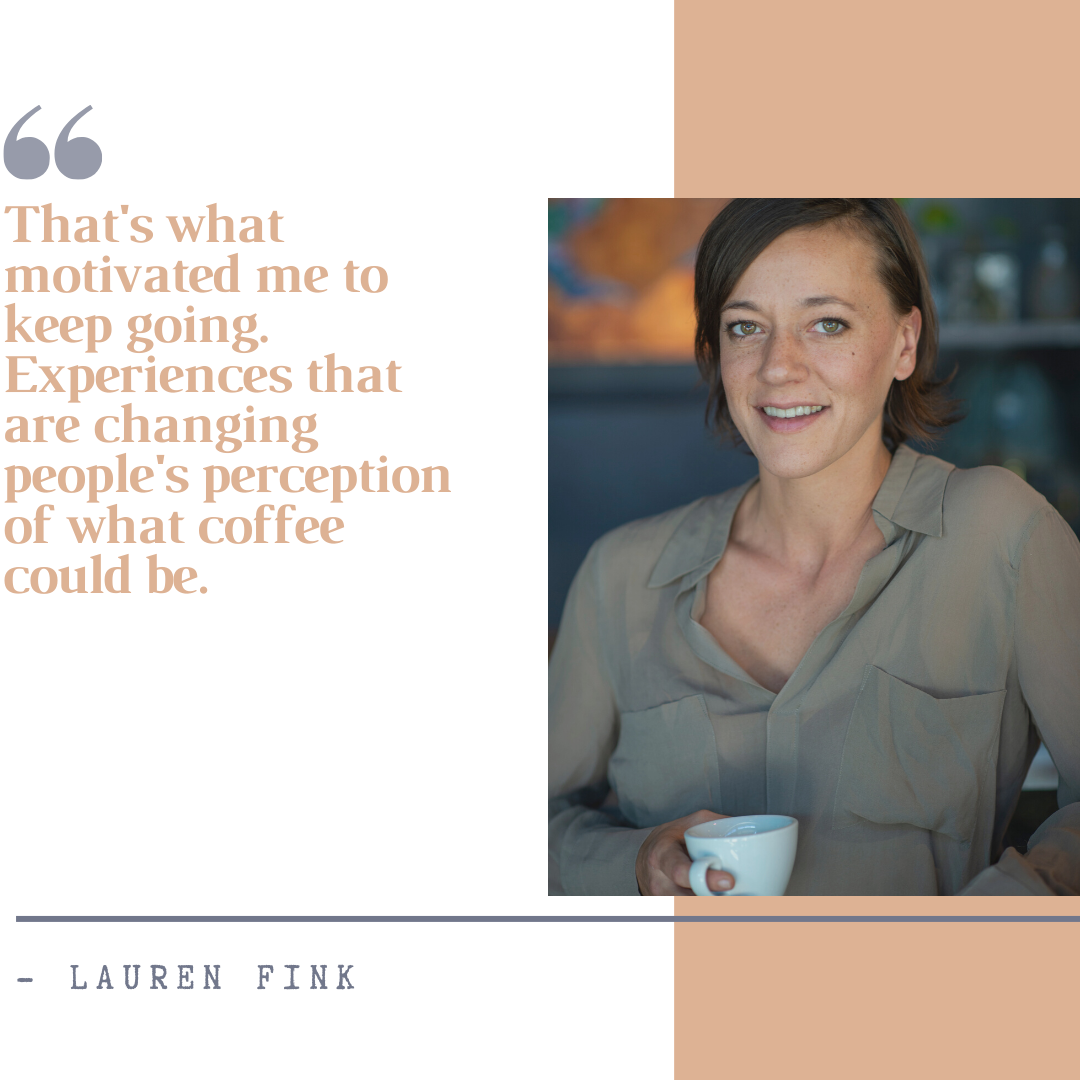 The reason why Fink is able to stand out amongst the other coffee shop entrepreneurs throughout the city is that she is working to provide the residents of New Orleans with more than just a tasty cup of coffee. As she explains, “This [Cherry Espresso Bar] isn't just another coffee shop. This is an experience.”

Fink knows firsthand that if looked at in the right way, there is so much more to coffee than what the average person sees. “It [coffee] can be almost like wine, where it has different character that you can really learn about,” she says. “You can discover what you like, what you don't like. There's so much character out there.”

She also takes pride in the fact that coffee can bring people together, which she believes is very important in a tight-knit community like New Orleans. “As a community, we all need to be there for one another and in rough times, giving kindness is the best thing that you can do, and it's free,” Fink says. “It really makes a huge difference.”

Between Fink’s two coffee shops and roasting operation, it is hard to find a local who hasn’t enjoyed a cup of her delicious coffee before. If you would like to celebrate the proud coffee culture in New Orleans, then visit Dirty Coast today and pick up your coffee-related products.